Altra has revamped its lineup consistently for the last few years, and 2023 doesn’t seem to be any different.

Some of the new Altra shoes coming in 2023 are due for an upgrade, and some need an update to fix issues from previous versions. We can only hope that new problems aren’t introduced!

In this post, I’ll dive into all the details on each expected Altra release for 2023, with release dates and prices.

A big thank you goes out to Believe in the Run for gathering most of this information during The Running Event in 2022 and for the video they put together. I’ve not managed to source any photos of the shoes yet, so I’d suggest watching the video for an idea of what the new shoes look like!

Affiliate Disclosure: By clicking through the links on this page and purchasing the products, you’ll be helping me out. This is done because I receive a kickback from the sellers at no extra cost to you! I thank you so much for helping me continue with the website!

We’re seeing an update for the trail shoe lineup in the old and the new models.

The Lone Peak and Superior undergo minor updates, whereas a second iteration of the Outroad is being released.

The real OG of the Altra trail running world, the Lone Peak only sees minor updates from version 6.

The fit remains the same. Many will breathe a sigh of relief knowing that the only real wide, forgiving trail runner on the market won’t be changing in fit (Altra Original fit).

With a stack height of 25mm, the ego midsole remains unchanged. The ride of the Lone Peak 7 should feel the same as the Lone Peak 6, maintaining flexibility and the well-known soft cushion.

Fewer overlays and a move to welded sections. The Lone Peak 6 was made with durability in mind. The double-stitch toe guard was overkill. This time, Altra has decided to refine the design and lose weight by using welded overlays in strategic positions throughout the shoes.

In 2022 we saw the first iteration of the Outroad, and in 2023, we’re seeing another new version.

We’ll see a redesign upper, which will still be the slim fit. For some, the new “slim fit” seen on the Outroad and Rivera is not Altra. The toe box is relatively slim and akin to traditional brands. So this shoe will only work if your feet are a little narrower. Great for some, not for others.

The second classic model to get an update is the Superior. A personal favorite of mine because it’s as close as barefoot you get in the Altra lineup. And it sounds like there are a few updates.

The burrito tongue makes a return! I’m sure some don’t like the design, but I loved the burrito-style tongue. There is no seam down the outside of the tongue, and it simply wraps around the foot.

An updated Maxtrac sole should perform better in the wet. Again like the Lone Peak, the Superior gains the new Maxtrac rubber! We can only hope for better performance.

On the roadside, many of the shoes are getting a bump in stack height.

I’m a little disappointed because it means we’re moving away from natural foot movement and chasing others in the industry. Altra, you don’t need to chase; you need to innovate!

The Torin was the higher-stack road running shoe in the Altra lineup. That was until the Via Olympus came along. And in 2023, it’s gaining a little more height.

Softer and lighter EgoMax foam lends itself to a more plush feel. We had a “plush” version of the Torin in the past. Now the standard version is becoming plusher with a softer ride and a high-quality upper.

The midsole sidewalls now extend higher around the foot. Rather than releasing traditional stability, many companies are now stabilizing their neutral shoes by creating a cradle for the foot to sit in. I’m not a massive fan of this because it’s interfering with the natural foot motion, but Altra seems to be chasing trends now.

Little has changed in the upper. From the material choice to the shape, the upper should fit very similarly to the Torin 6. So expect little change there.

In 2014, Altra released its first max cushion “stable” shoe. But instead of using harder foams in strategic areas (like Asics, Brooks etc.), they raised the midsole foam around the sides of the shoe to cradle the foot.

In 2023, the “stable” theme continues, with a little more modernization.

A redesigned midfoot fit to avoid the awkward arch wrapping found in the Paradigm 6. Although there’s no traditional arch support, Altra attempted to provide some guidance with the lacing/upper materials. Some complained about the awkward arch feeling in the previous versions, so this is now redesigned.

Softer and lighter EgoMax foam lends itself to a more plush feel. Like the Torin, the Paradigm gains the new EgoMax foam, which hopefully means we’ll see a lighter overall weight.

The Rivera is the slim child in the Altra road range. The one without the overly wide toe box that many hate but some love.

Another Altra shoe sees a jump in stack height. The Rivera 2 had a 26 mm stack height. Version 3 will have 28mm. Again, I’m not a big fan of these changes, but that’s the industry!

As you can see, Altra is generally moving in line with the industry, which means considerable stack heights, stiffer shoes, and moving away from the roots of Altra with rockered-style shoes and slim fits.

I, for one, am not happy with that. We need to maintain some natural foot movement to promote an optimal gate. The addition of more and more “guidance” and “stability” moves further away from this.

The glimmer of hope lies with the Lone Peak 7 and Superior 6 sticking to the flexible foot-shaped roots. I just hope these models pull through!

Keep an eye on the blog for reviews and opinions on the new designs throughout the year. 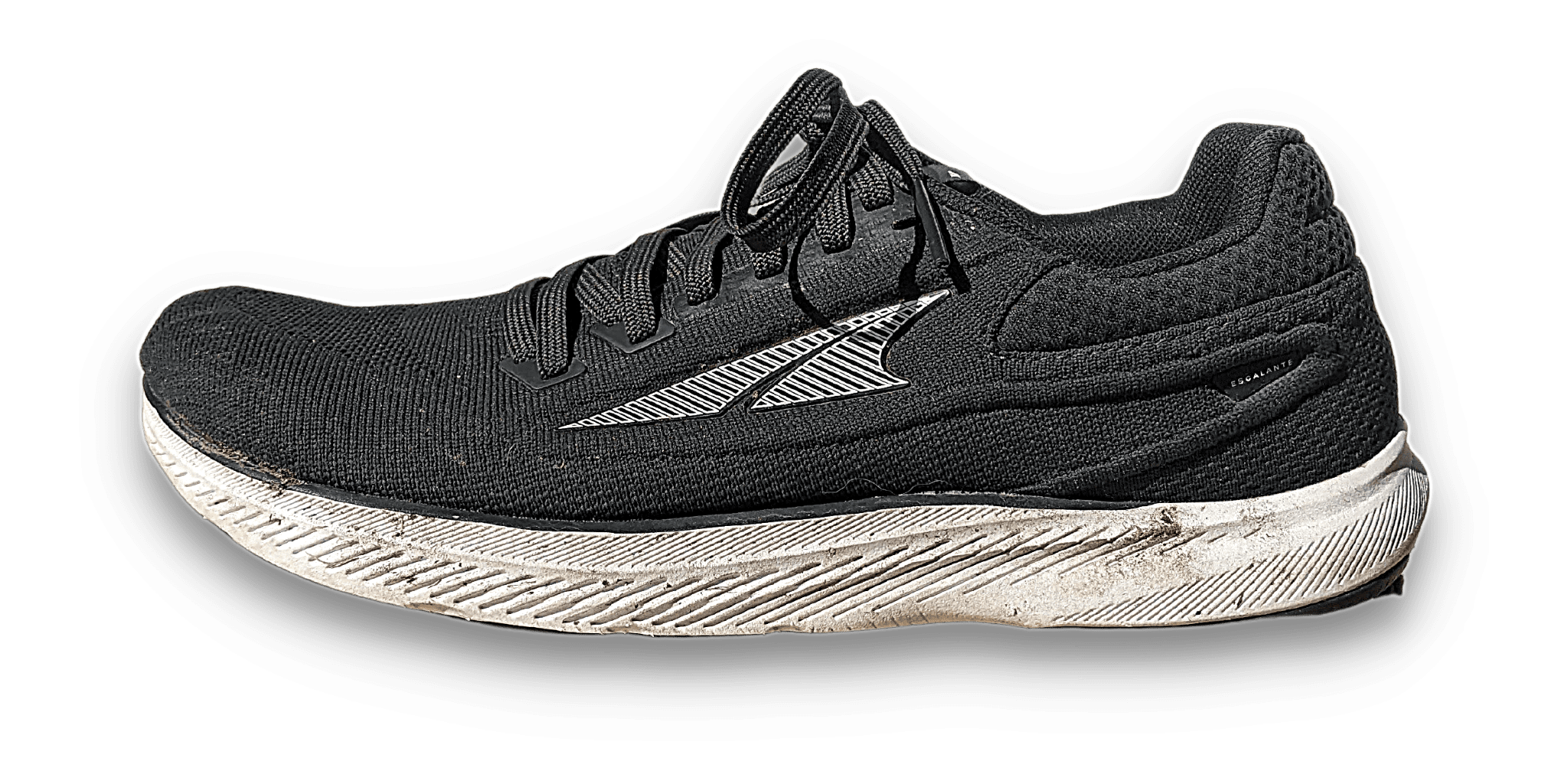 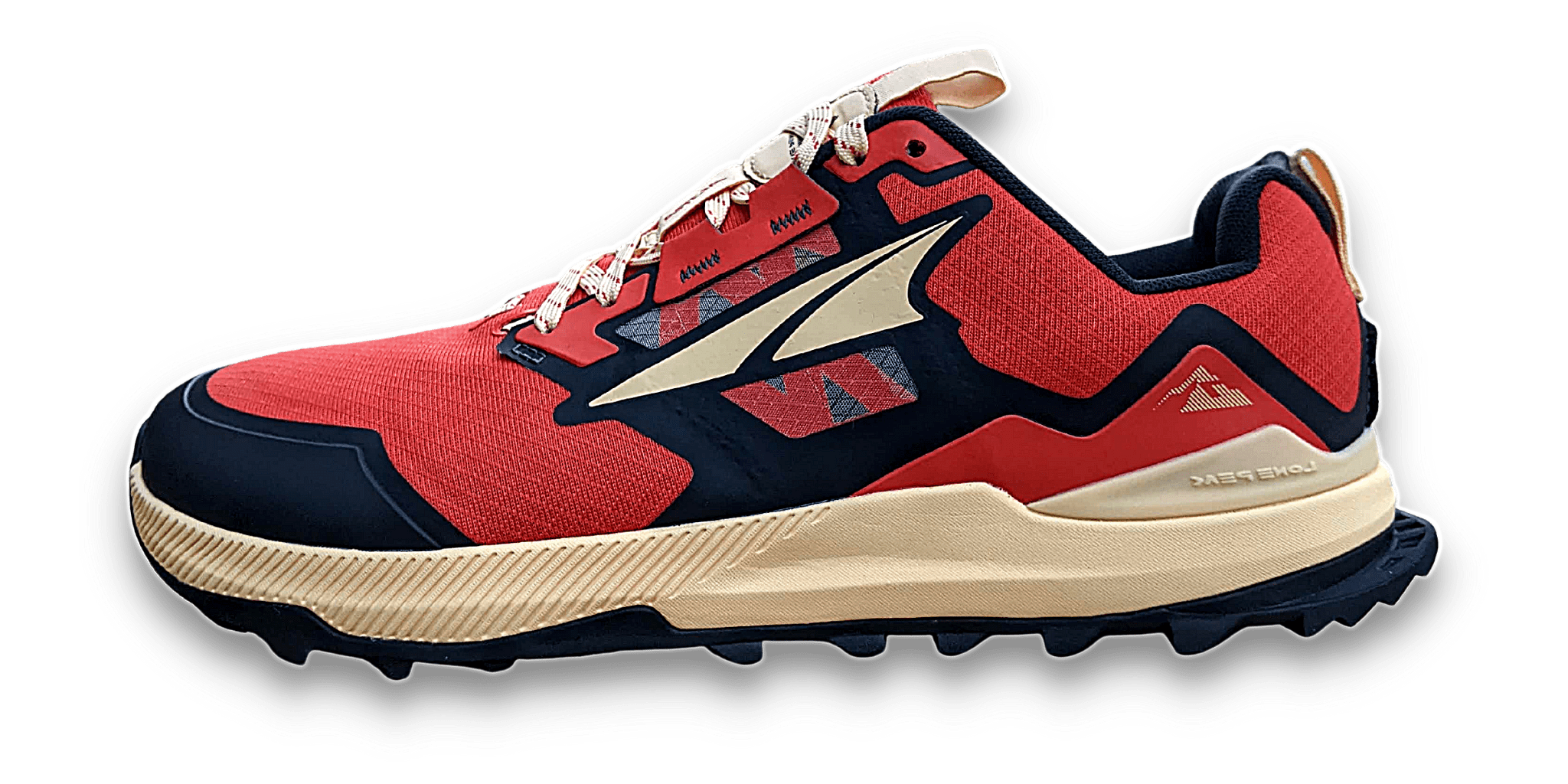 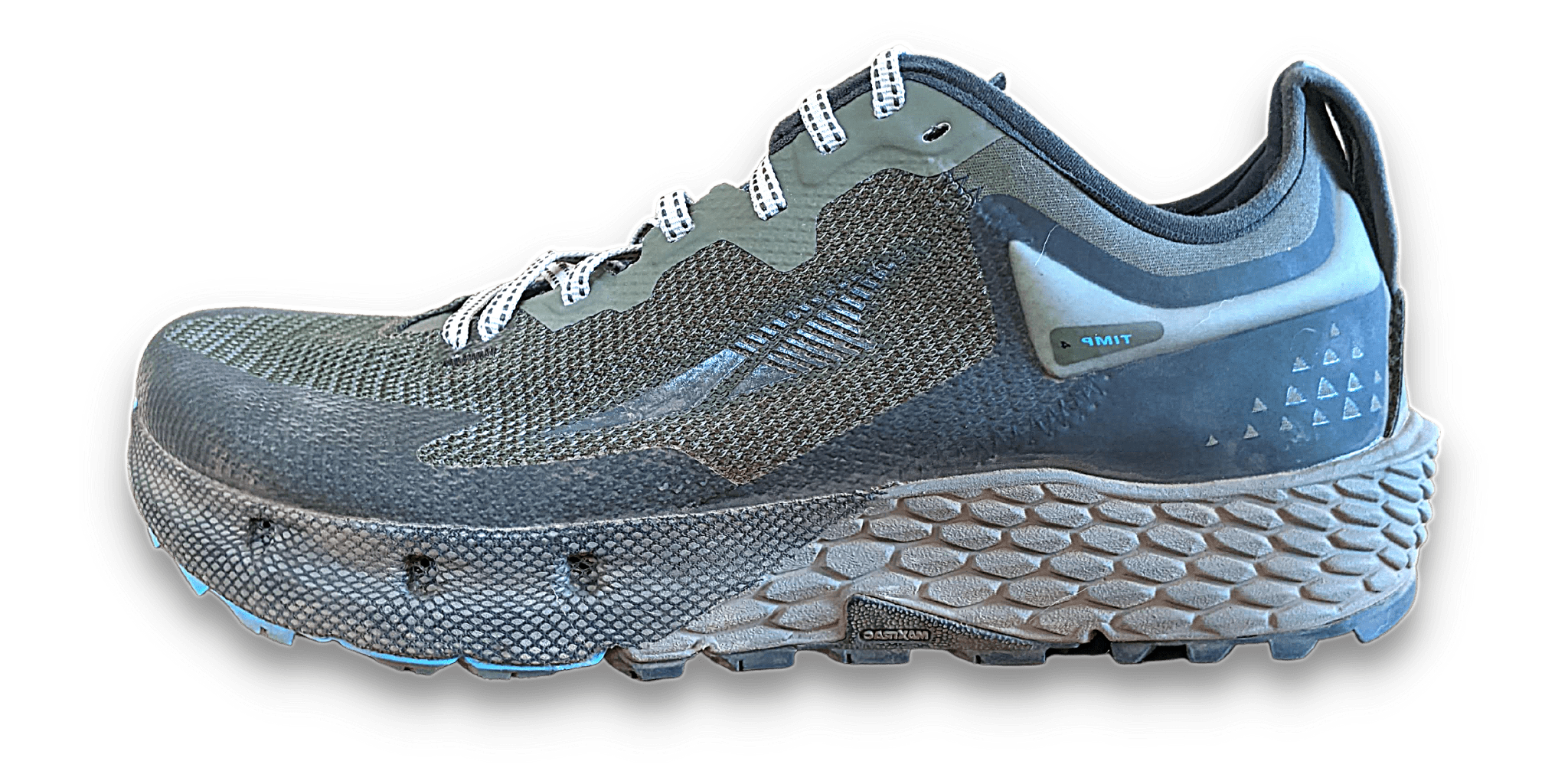 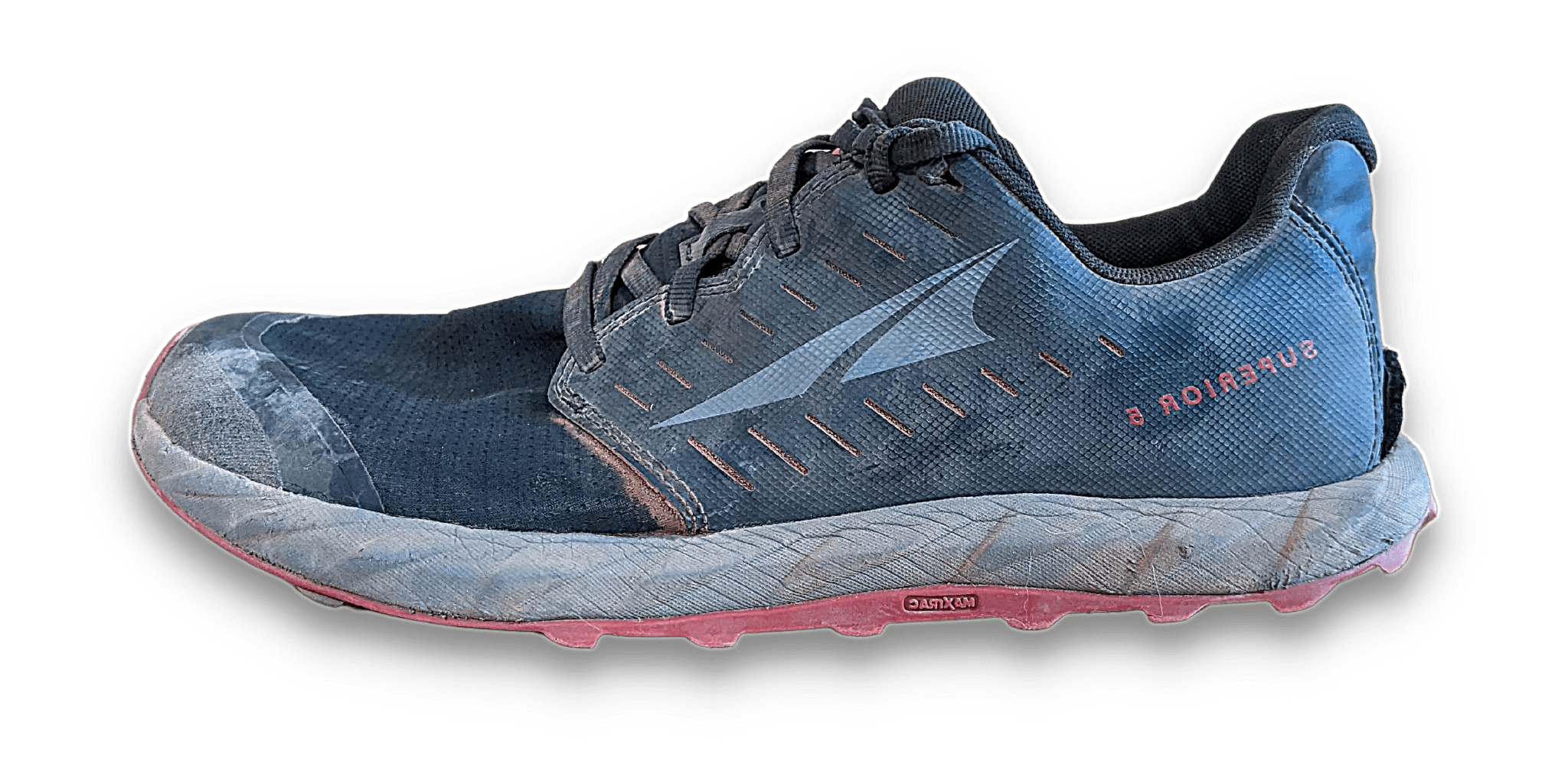 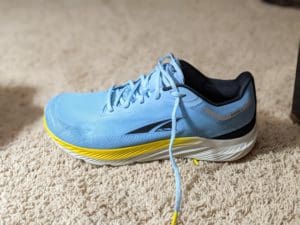 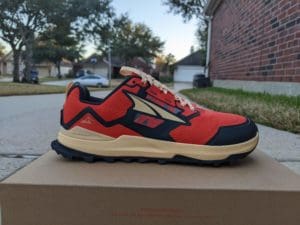 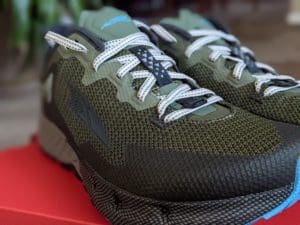